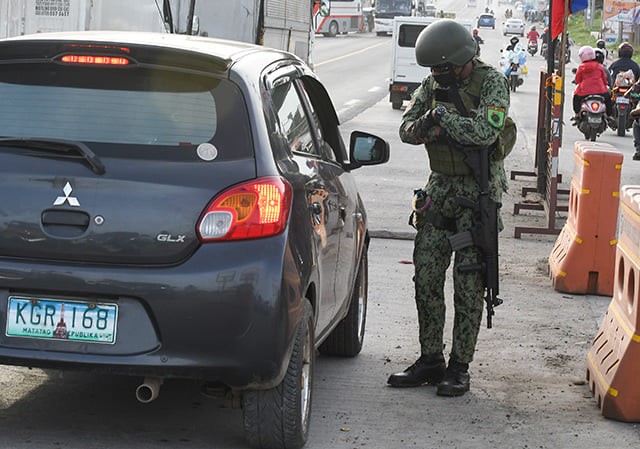 The memorandum order was addressed to quarantine checkpoint personnel, Municipal and City Mayors, all chief of police, and the Local Inter-Agency Task Group for strict compliance.

In compliance with the Omnibus Guidelines on the implementation of Community Quarantine in the Philippines and in relation to the rising Covid-19 cases in the Province of Bukidnon, the following specific guidelines must be implemented.

The next day, June 1, Gov. Zubiri issued Memorandum Order No. 122, series of 2021 addressed to quarantine checkpoint personnel, Municipal and City Mayors, all chief of police and Local Inter-Agency Task Group to comply with his Executive Order No. 13.

In the said EO, inbound travelers from different quarantine classifications are required to submit a negative RT-PCR test.

BUKIDNON Gov. Jose Maria Zubiri Jr. on April 16 clarified that he did not order a multinational company and a group of banana growers to cease their operations while the enhanced community quarantine is still in effect in the province.

Zubiri’s pronouncement came amid the show-cause order of the Department of the Interior and Local Government (DILG) directing the governor to explain why he allegedly violated some provisions in the inter-agency task force guidelines in the implementation of the community quarantine measures to prevent the spread of the coronavirus disease (COVID-19) in the country.

Zubiri made it clear during a hastily called press conference that he did not order agri-business firms to stop operating as part of executive order 20 (EO 20) he signed.

EO 20, which took effect April 13 up to April 26, strictly regulates the movement of transportation and people in and out of Bukidnon as it urges residents to stay in their homes.

On March 17, Zubiri placed the entire province under the general community quarantine.

On March 21, the provincial government raised it to enhanced community quarantine.

The intention of EO 20, Zubiri said in his April 15 reply letter to Interior Undersecretary Epicamo Densing III, is to “ensure the prevention of the rise of PUM [persons under monitoring] and PUI [persons under investigation] cases as well as to ensure that no COVID-19 positive case will occur in the Province of Bukidnon.”

“Unfortunately, even before the effectivity of the said EO20, a positive case of COVID-19 in the City of Valencia was confirmed. It is only therefore necessary that Strict Home Quarantine, as suggested by the mayors and issued through EO 20, be implemented,” he added.

“I would like to state for the record that I have never ordered any agricultural banana and pineapple plantation to stop their operation,” Zubiri said. “Neither did the EO 20 categorically state the closure of Banana and Pineapple Plantations.”

Zubiri’s statement was also in reaction to the complaint that was relayed by agri-business entities to the DILG.

In the show-cause order, DILG said both the Pilipino Banana Growers and Exporters Association Inc. (PBGEA) and Del Monte Philippines Inc. raised their concerns on EO 20, “since the aforecited provision did not include banana and pineapple industries in the enumerated establishments and business.”

In his reply to the DILG order, Zubiri has emphasized that “these big pineapple and banana companies and exporters are not basic and essential commodities. Their product is not even for us. They are for export. Large banana growers and exporters cannot affect our food security.”

“What is more alarming are their current working conditions, particularly in their packing houses. The workers are almost shoulder to shoulder in handling their assigned tasks, and social distancing is very difficult to observe,” he said.

“The above observations are not even mine. These are the observations of the 22 mayors of 20 municipalities and two cities in the province when we had our meeting before the subject issuance of EO. No 20,” Zubiri pointed out.

“To reiterate, the issuance of our latest Executive Order No. 20 as well as the general plea for the workers to stay at home for two weeks was made due to the clamor of all the 20 municipal and 2 city LGUs in the province and purely for the more pressing health concerns of our constituents,” he said.

Zubiri said, “Everything was taken into consideration” when the EO is issued, including the food assistance to all households in the entire province of Bukidnon.

“The undersigned appropriated more than 700 million pesos for food assistance during the effectivity of the EO 20,” he said.

Each municipality and city, he said, gave a counterpart aggregating about P300 million “to ensure that all households will be given food assistance so much so that the total food assistance combined for the entire province exceeds P1 billion.”

This, Zubiri said, was “intended not only to ensure that nobody goes hungry during the effectivity of EO 20 but also to ensure the safety of all the people of the province of Bukidnon and protect them from infection of COVID-19.”

The governor, however, has assured that his office “will be addressing the concern of these companies,” referring to PBGEA and DMPI. 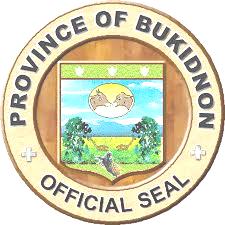 MALAYBALAY CITY (Mar. 03) – Governor Jose Ma. R. Zubiri Jr. has announced that effective this month of March, the Provincial Government of Bukidnon (PGB) will begin implementing the P25,000 minimum annual rental for all agricultural lands in the province that are leased by banana and pineapple plantation entities.

The Governor conveyed the information through a Facebook post this week from the Capitol’s Public Affairs and Information Assistance (PAIA) Division.

Gov. Zubiri is basing the newly approved “Agricultural Rental Law 2020 of the Province of Bukidnon.”

Zubiri said those with contracts will amend the rental agreement by following the new rates of not less than P25,000 per year.

He also encouraged the landowners to come to his office for assistance should they met problems with it.

The Sangguniang Panlalawigan (SP) of Bukidnon recently passed the amended version of the proposed ordinance No. 11-2019 (25th SP). Fixing the minimum rental rates for all agricultural lands in the province that are leased by banana and pineapple plantation entities, also known as “The Agricultural Rental Law 2020 of the Province of Bukidnon.”

The Ordinance authored by all SP Members covers all agricultural companies, whether operated as sole proprietors, partnerships, or corporations that are engaged in the business of pineapple or banana in the province.

All subsisting contracts with a rental base below P25,000 shall be deemed amended upon the effectivity of the Ordinance but shall cover only the unexpired term of the contract.

Any agricultural plantation firms undertaking business in the province without complying with the prescribed minimum rental rate shall be recommended for non-issuance of local business permits, revocation of its Environmental Compliance Certificate (ECC), and be declared persona non grata.

The Provincial Agriculture Office is the lead agency in implementing the ordinance. This is in collaboration with the Municipal and City Agriculture’s Office in the province. It shall likewise act as a monitoring body and shall render a report of violations to the office of the Governor and the SP.

Engr. Alson Quimba, Provincial Agriculture Officer, manifested earlier that the minimum rental rate of P25,000 is just enough. And that beyond that amount, the landowners of other crops might be tempted to lease their lands to banana and pineapple plantation firms, thus, endangering the stability of food security.