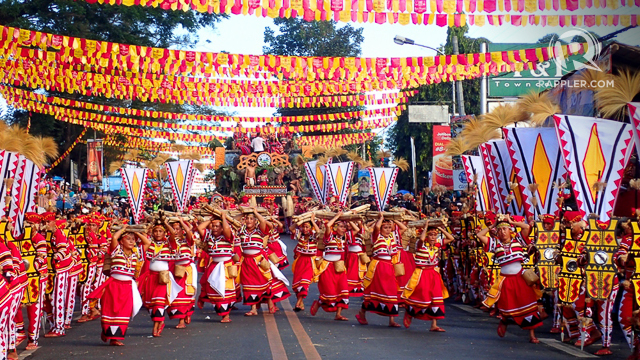 The Governor issued Memorandum Order No. 431 series of 2020 on Feb. at noon addressed to all City and Municipal Mayors, Barangay Chairpersons, chairpersons of all different committees for the Kaamulan and Tribal Leaders (Datus and Baes) in the province.

In the memorandum order, Gov. Zubiri cited the advisory of the Department of Health signed by Sec. Francisco Duque regarding concerts and other public events and gatherings.

The DOH strongly urging the public to avoid attending, participating in, and organizing events that draw a huge number of attendees given the ongoing threat of the spread of 2019-nCoV ARD.

The Governor said the 2020 Kaamulan is canceled as a pro-active measure to keep the people of the province safe from the threat of the highly infectious disease.

But the day before the official cancellation, Zubiri conducted a consultation on whether Kaamulan be canceled or not.

Hansel Echavez, supervising administrative officer of the Public Affairs and Information Assistance (PAIA) Division of the capitol said the majority in the consultations were in favor of the Kaamulan celebration.

He said the consultations were held at Kaamulan Folk Arts Theatre in Malaybalay City attended by Barangay chairpersons, at the Sangguniang Panlalawigan (SP) and chairpersons of all different committees for the Kaamulan.

Gov. Zubiri also ordered all mayors and barangay chairpersons to cancel all public events and mass gatherings that draw a huge number of attendees in their respective areas of jurisdiction for the same reason.

If not canceled, this year, the competing Local Government Units (LGUs) for the Street Dancing, Ground Presentation, and Float Competitions are the towns of Baungon, Don Carlos, Dangcagan, Impasugong, Damulog, Kalilangan, Kibawe, Lantapan, Libona, San Fernando, Pangantucan, Cabanglasan, Quezon and the cities of Malaybalay and Valencia.

Kaamulan comes from the Binukid word “amul” meaning to gather. It is a gathering for a purpose—a datuship ritual, a wedding ceremony, a thanksgiving festival during harvest time, a peace pact, or all of these together.

Kaamulan started as a festival on May 15, 1974, during the fiesta celebration of the then municipality of Malaybalay.

Through provincial ordinance No. 2018-083r (13th SP) “An ordinance fixing a regular schedule for the Kaamulan amending for the purpose section 3 of Ordinance No. 2007-003R (10th-sp) entitled, “An Ordinance Institutionalizing the Celebration of the Kaamulan”, the annual gathering will be held from March 23 to April 23.