8 Truths from the First Vision 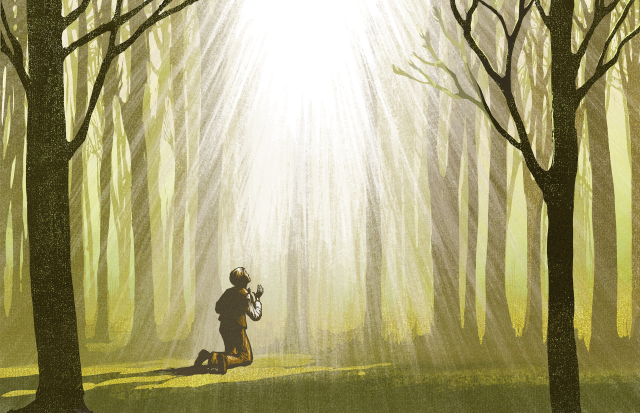 On a clear spring morning 200 years ago in rural, upstate New York, in a quiet grove of trees, God the Father and His Son, Jesus Christ, appeared to young Joseph Smith. This miraculous event ended centuries of uncertainty and speculation about the nature of God, the need for continuing revelation, and other eternal truths long forgotten or clouded by spiritual darkness. President James E. Faust (1920–2007), Second Counselor in the First Presidency, who referred to the First Vision as “possibly the most singular event to occur on the earth since the Resurrection,” outlined eight truths restored to the earth by this remarkable event. As we commemorate the 200th anniversary of the First Vision, consider these truths and the many testimonies of modern prophets who give witness not only to the reality of the First Vision but also to the truths it reveals.

1. God our Father is a personal being, and men and women were made in His image.

“Joseph Smith learned in those minutes [of the First Vision], however long or brief, more about the nature of God than all of the learned divines of all time had ever learned.” —President Gordon B. Hinckley (1910–2008)

2. Jesus is a personage, separate and distinct from the Father.
“In his First Vision, Joseph Smith saw two distinct personages, two beings, thus clarifying that the then-prevailing beliefs concerning God and the Godhead were not true.

“In contrast to the belief that God is an incomprehensible and unknowable mystery is the truth that the nature of God and our relationship to Him is knowable and is the key to everything else in our doctrine.” —President Dallin H. Oaks, First Counselor in the First Presidency

3. Jesus Christ is declared by the Father to be His Son.

“We bear testimony, as His duly ordained Apostles—that Jesus is the Living Christ, the immortal Son of God. He is the great King Immanuel, who stands today on the right hand of His Father. He is the light, the life, and the hope of the world. His way is the path that leads to happiness in this life and eternal life in the world to come.” —“The Living Christ: The Testimony of the Apostles”

4. Jesus was the conveyer of revelation, as taught in the Bible.

“All revelation since the fall has come through Jesus Christ, who is the Jehovah of the Old Testament. … The Father [Elohim] has never dealt with man directly and personally since the fall, and he has never appeared except to introduce and bear record of the Son.” —President Joseph Fielding Smith (1876–1972)

5. The promise of James to ask of God for wisdom was fulfilled.

“The Prophet Joseph Smith set a pattern for us to follow in resolving our questions. Drawn to the promise of James that if we lack wisdom we may ask of God, the boy Joseph took his question directly to Heavenly Father.

“In like manner, what will your seeking open for you? What wisdom do you lack? What do you feel an urgent need to know or understand? Follow the example of the Prophet Joseph. Find a quiet place where you can regularly go. Humble yourself before God. Pour out your heart to your Heavenly Father. Turn to Him for answers and for comfort.” —President Russell M. Nelson

6. Joseph learned of the reality of an actual being from an unseen world who tried to destroy him.

“Satan, or Lucifer, or the father of lies—call him what you will—is real, the very personification of evil. His motives are in every case malicious, and he convulses at the appearance of redeeming light, at the very thought of truth. … He is eternally opposed to the love of God, the Atonement of Jesus Christ, and the work of peace and salvation. He will fight against these whenever and wherever he can.” —Elder Jeffrey R. Holland of the Quorum of the Twelve Apostles

7. There was a falling away from the Church that was established by Jesus Christ—Joseph was told not to join any of the sects, for they taught the doctrines of men.

“The Apostasy, or falling away from the original Church organized by the Lord, … was prophesied by those who helped to establish the Church in the first place. Paul wrote to the Thessalonian Christians who were eagerly anticipating the Second Coming of the Savior that ‘that day shall not come, except there come a falling away first’ (2 Thes. 2:3).” —President M. Russell Ballard, Acting President of the Quorum of the Twelve Apostles

8. Joseph Smith became a witness for God and His Son, Jesus Christ.

“Joseph Smith’s testimony of Jesus is that He lives, ‘for [he] saw him, even on the right hand of God; and [he] heard the voice bearing record that he is the Only Begotten of the Father’ (D&C 76:23; see also verse 22). I appeal to all who hear or read this message to seek through prayer and study of the scriptures that same witness of the divine character, the Atonement, and the Resurrection of Jesus Christ.” —Elder D. Todd Christofferson