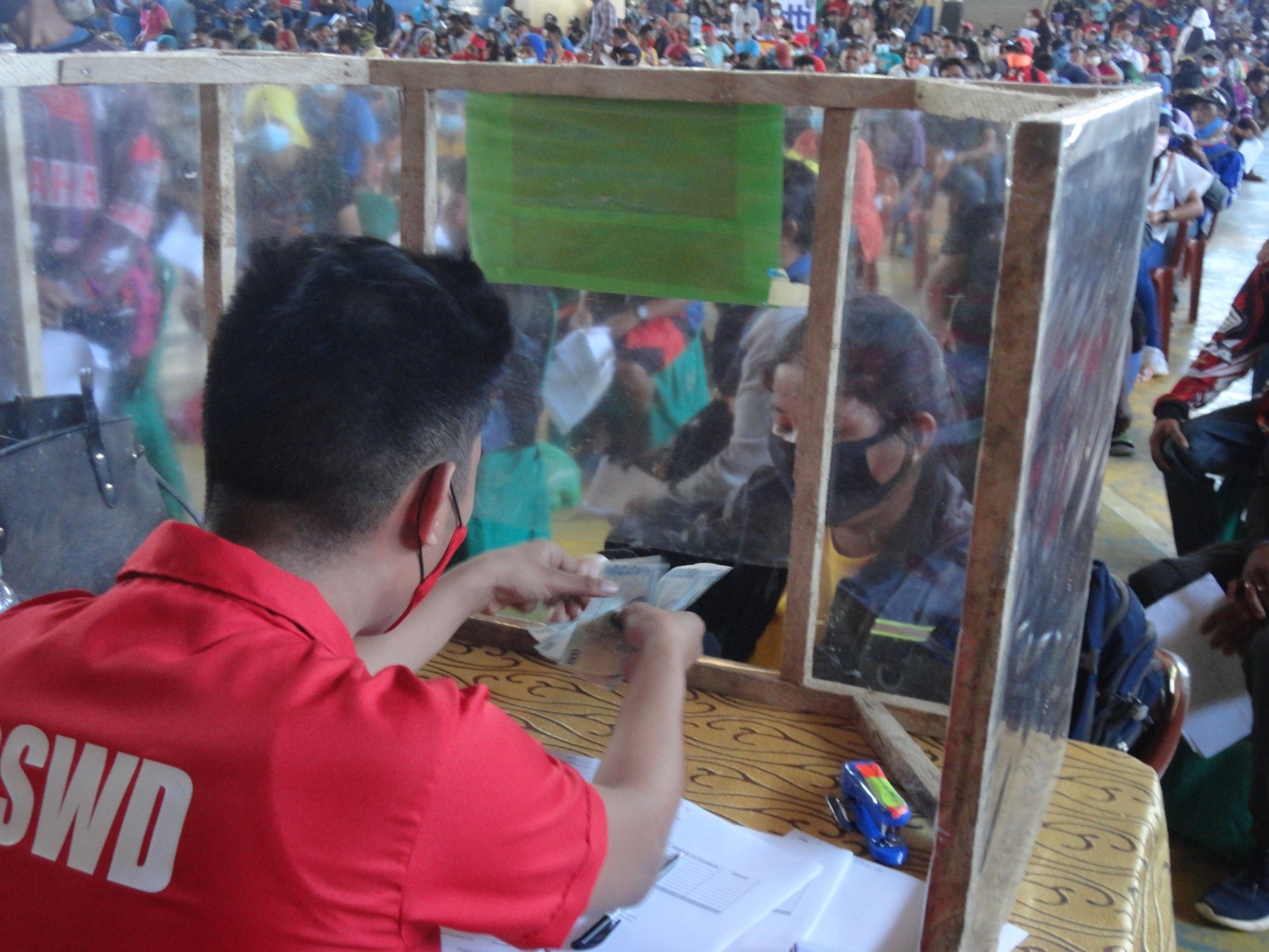 IMPASUG-ONG, Bukidnon (March 5) – Each of 896 Former Rebels who surrendered from 2016 to date has received P10,000 cash aid from the national government on March 4.

The Department of Social Welfare and Development (DSWD) Bukidnon initiated the payout held at the town’s Gymnasium.

The recipients were composed of regular members of the New People’s Army (NPA) and Militia ng Bayan under the jurisdiction of the 403rd Brigade of the Philippine Army.

Aside from the cash aid, they also received a cartoon of relief supplies from DSWD.

The given assistance to the formers rebels is on top of the benefits they have received under the Enhanced Comprehensive Local Integration Program (E-CLIP) from the government.

Sen. Go said the distributed assistance is just a small help from the government under the leadership of President Rodrigo Roa Duterte. But he’s hoping that this would help them, especially this time of the pandemic.

Gov. Jose Ma. R. Zubiri Jr. graced the event. He called other members of the NPAs to surrender to avail E-CLIP package of the government.

Under S-CLIP, a former rebel can avail immediate and livelihood assistance, firearm remuneration, housing grant, and others.

Aside from DSWD officials, Assistant Sec. Reveree Niño Contreras of the Department of Trade and Industry (DTI), representatives from Technical Education and Skills Development Authority (TESDA), Department of Agriculture (DA), and Department of Labor and Employment (DOLE) facilitated the activity in partnership with the 403rd Infantry Brigade also presented their intervention programs to address insurgency problem in the country.

Brig. Gen. Ferdinand T. Barandon PA, commander of 403rd Infantry Brigade, said the program is one of the results in implementing Executive Order No. 70 signed by President Rodrigo R. Duterte in 2018.