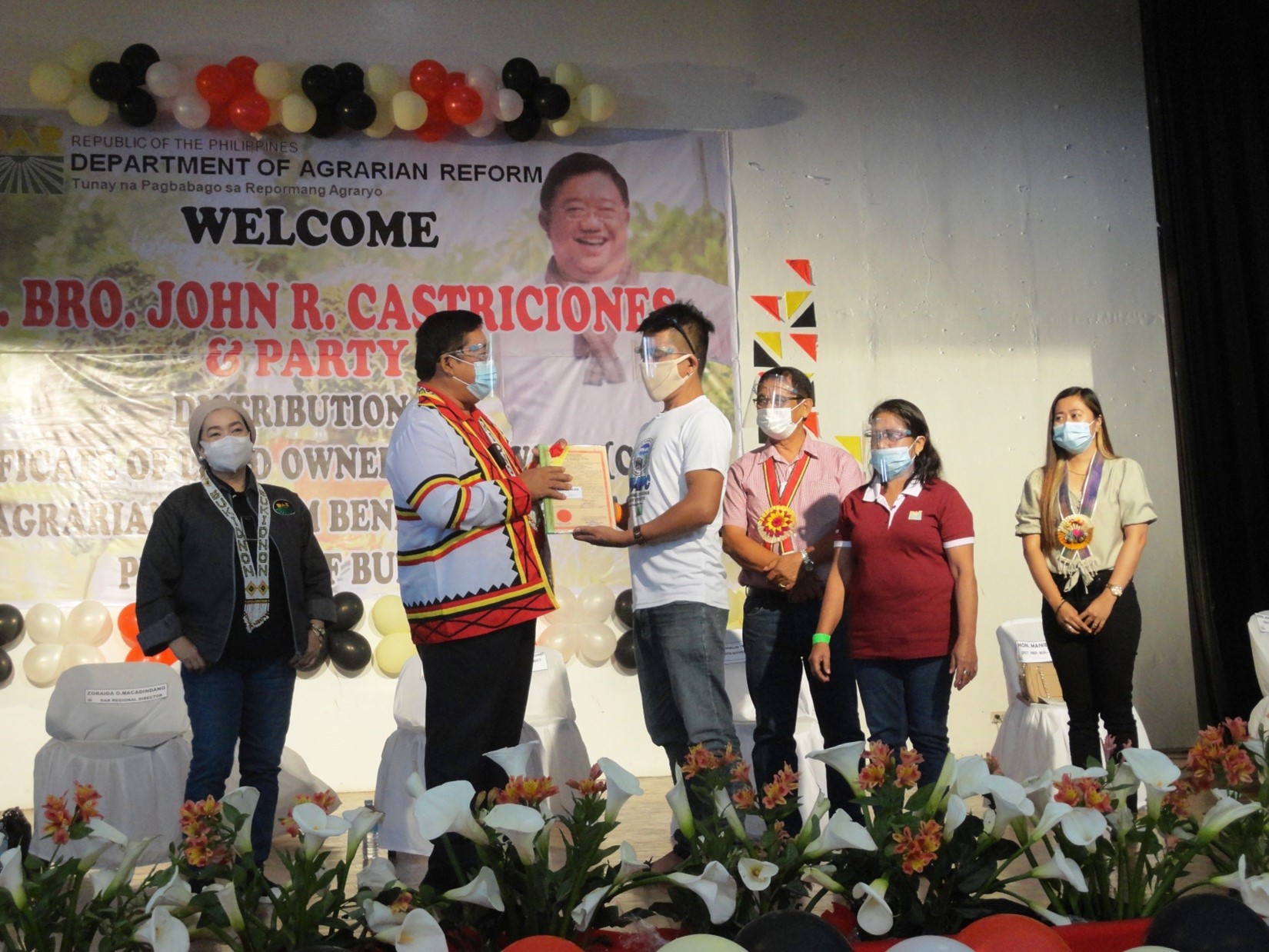 MALAYBALAY CITY (Mar. 7) – The Department of Agrarian Reform (DAR) has distributed a total of 1,847 Certificate of Land Ownership Awards (CLOAs) to 1,705 Agrarian Reform Beneficiaries from the province’s 20 towns and two cities.

The total area in Bukidnon that has been distributed under the program is 1,331.7782 hectares.

Pangantucan town has 337 CLOAs, the largest that has 339 beneficiaries covering 60.4954 hectares.

But in terms of area, the largest land distributed is in Talakag town with a total of 202.0865 hectares with 251 CLOAs and 245 beneficiaries.

Meanwhile, DAR also turned over ₱30.5 million worth of Convergence on Livelihood Assistance for ARBs Project (CLAAP) in partnership with the Department of Social Welfare and Development (DSWD).

In the press conference after the program, Castriciones said, in Region 10 a total of 2,168 hectares is the target for distribution.

He clarified that the 1,393 hectares or 68 percent of the total area for distribution are under Convergence Areas for Peace and Development (CAPDev) in the region.

Castriciones said CLOA cannot be sold or mortgage within 10 years of the release to beneficiary.

The agency emphasized that the distribution of CLOAs to the landless farmers provides security of tenure resulting to the increase of income, improved quality of life of ARBs and thereby, significantly contributed to the reduction of poverty in Bukidnon.

BPMC chief is first to get COVID-19 vaccine in Bukidnon