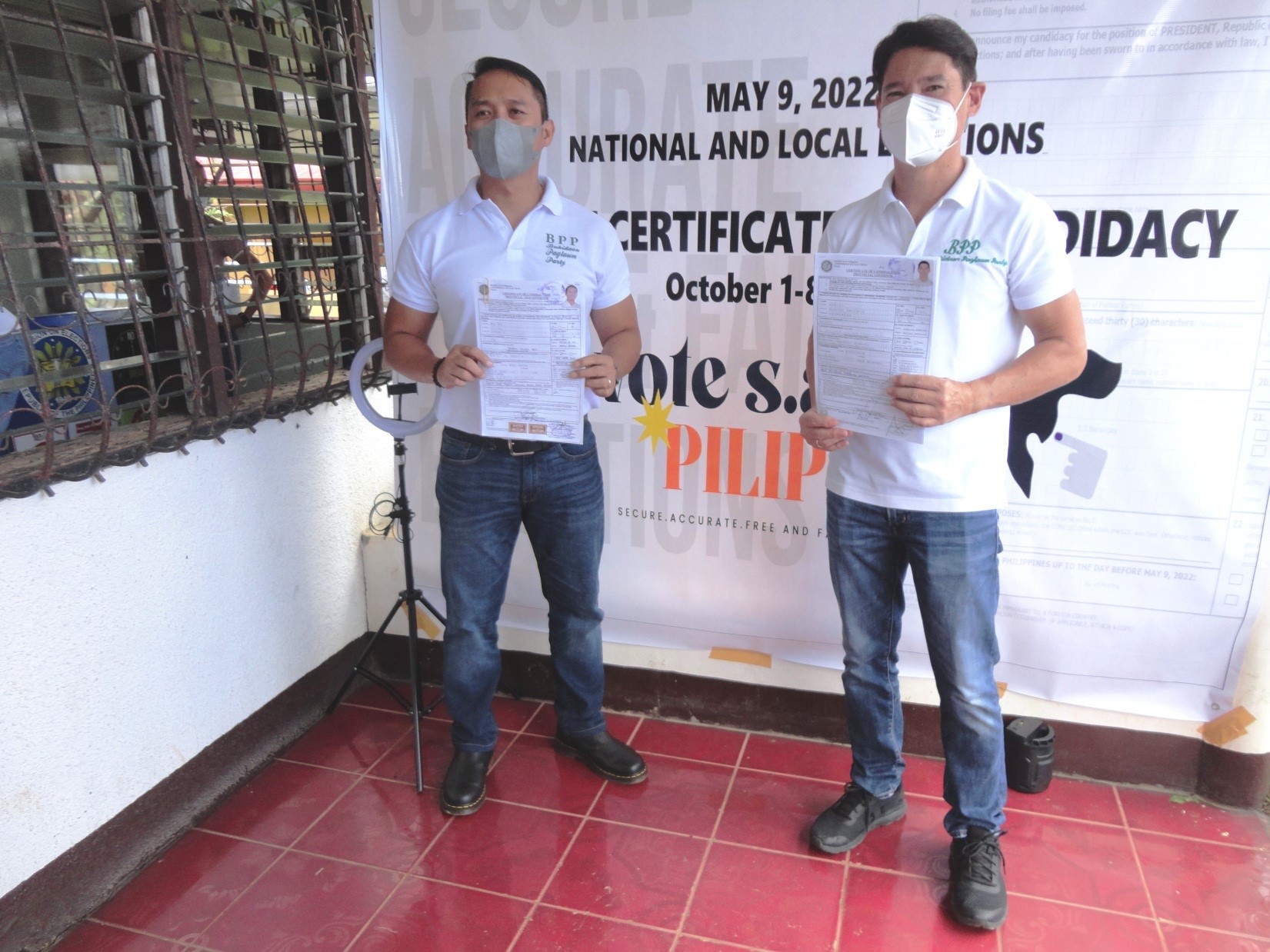 MALAYBALAY CITY (01 Oct. 2021) – Bukidnon 3rd District Rep. Manuel Antonio “Manoy” F. Zubiri has filed his Certificates of Candidacy (COCs) as Governor of the province for the May 9 elections.

Manoy is the standard-bearer of the ruling local political party in the province, the Bukidnon Paglaum Party (BPP) that was created by his father Gov. Jose Ma. R. Zubiri Jr.

He submitted his COCs at the Office of the Provincial Supervisor of the Commission on Elections (COMELEC) in Malaybalay City at around 11:15 a.m. on October 1, the first day of filing.

His tandem Manolo Fortich Mayor Clive D. Quiño also filed his COCs at around 11:24 a.m. on the same day.

Gov. Zubiri wants to get a fresh mandate as Representative of the 3rd District now held by Manoy. He filed his COCs at around 11:00 a.m. on the same day through his representative Atty. Paul Vincent Villegas.

Fourth District Board Member Arlyn P. Ayon who transferred her residency in the third district, the rival of Gov. Zubiri for the position is also expected to submit her COCs on the last day of filing.

NPA IP family of 3 surrender to Army in Bukidnon