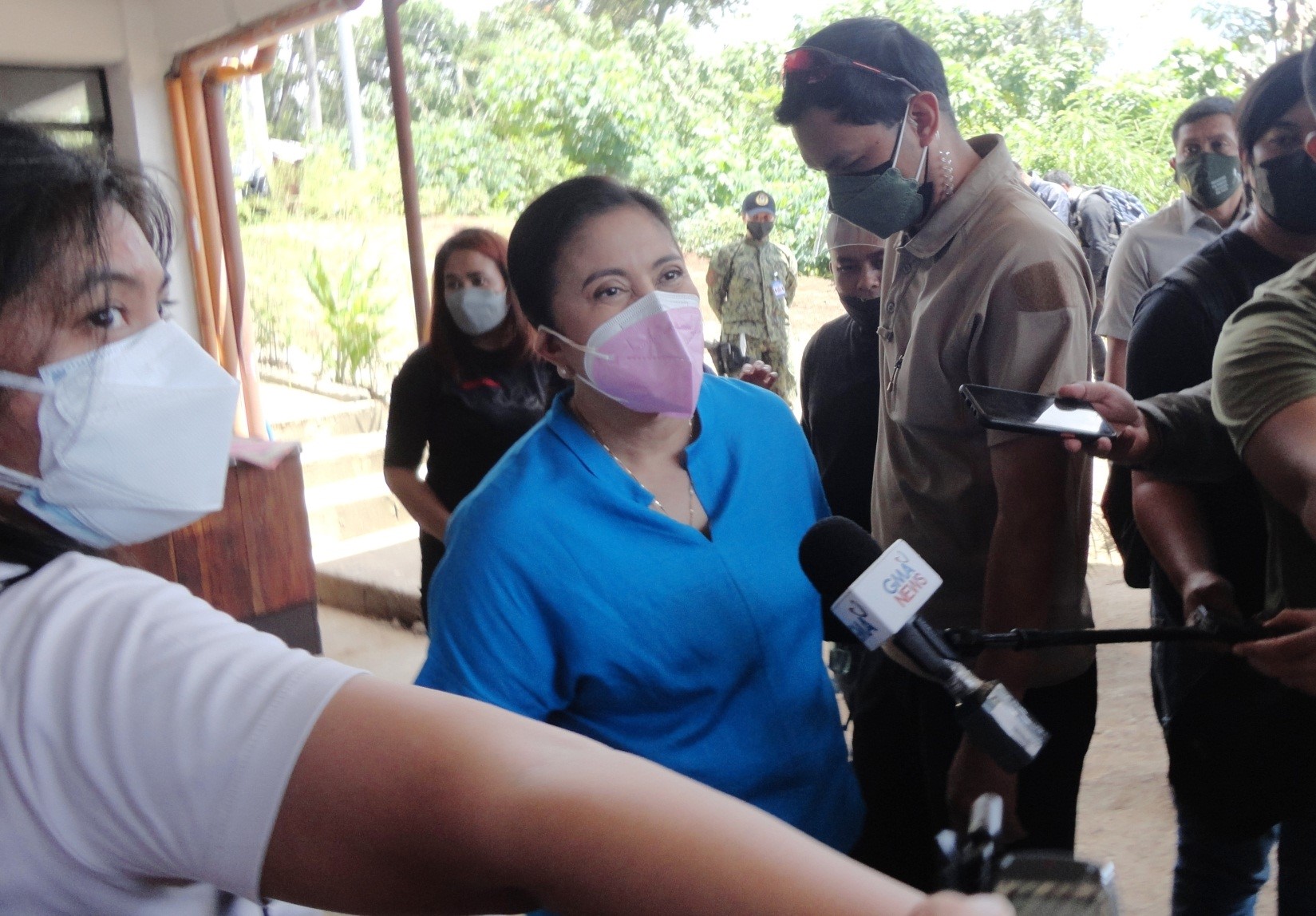 Vice President Leni Robredo wants her feeding program to target problems in food security and poverty alleviation as these are linked to malnutrition and mental deficiencies among children aged five and below.

Robredo said that hunger and food security have always been one of the “basic thrusts” of the Office of the Vice President (OVP), which is why they are aiming for the program to become “sustainable.”

“Pero (But) how sustainable are they? Naalis mo sila sa (You take them away from) malnutrition, after a few months bumalik, kasi hindi mo naman na-address iyong (they’re back because you didn’t address the) root cause. Ang (The) root cause poverty,” Robredo said on the sidelines of her October 17 visit to Malaybalay City, Bukidnon.

She went there for the establishment of a community kitchen and garden, and the supplementary feeding program for undernourished children. Her office distributed vegetable seeds and garden tools to the beneficiaries so they can grow their own food.

“So sa akin, kung mayroong mga (For me, if there are) malnourished children, dapat ang inaasikaso hindi lang iyong mga bata. Pero ang inaasikaso iyong (we should be caring for not only the children. We should also address the) family na mabigyan sila ng maraming (to give them) opportunity na makaangat-angat sila sa buhay para iyong mga anak nila hindi maging (to rise from poverty so their children will not become) malnourished,” she added.

Bukidnon is among the top 36 provinces in the country with high levels of stunting among under-five children.

Stunting is when the child has a low height for their age due to malnutrition, repeated infections, and poor social stimulation.

The local government unit (LGU) in Malaybalay has reached out to the OVP to help address the problem so, in 2018, the OVP turned over P2 million to the LGU of Malaybalay City.

“The OVP also distributed vegetable seeds and garden tools to the select beneficiaries and were able to establish and monitor 50 communal gardens,” it added.

More than the stunting prevalence rate, Robredo is equally alarmed because malnourishment affects the mental faculties of the children and this is “irreversible” after the age of five.

“Kapag napabayaan natin iyong (When we neglect our) malnourished children na nakalampas na silang limang taon, hindi na natin sila binibigyan ng (when they’re over the age of five, we are not giving them an) opportunity makilaban sa mundo, eh. Pero na-affect iyong kaniyang capacity dahil sa (to survive in the world. His capacity is affected because of) malnourishment—sa pagiging malnourished niya. So iyong programa namin mas (for being malnourished. Our program is more) comprehensive,” the vice president explained.

The OVP’s feeding program is also being done in Panay Island, Iloilo province, Northern Palawan, and areas in Mindanao, among others.

The 120-day feeding program in Malaybalay started in November and ended in January, but Robredo said the food security and poverty alleviation program, which will ensure access to healthy food for the children, will continue.

According to the OVP, the “significant change in the malnutrition rate in the city” has a positive impact on the health and well-being of the beneficiaries where more than 88 percent are no longer malnourished “and will be able to safely play outdoors and develop practical life skills.”